The Benefits of Virtual Servers Over Physical Servers

If you are considering a new startup or have an existing business with a physical server somewhere on-site (in a closet or something similar), you should consider the benefits of using a virtual server instead. 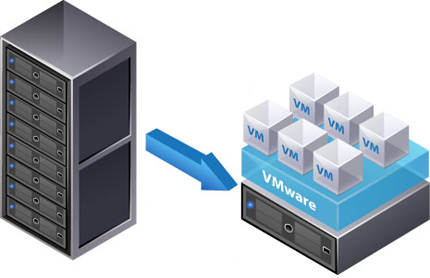 Full disclosure: I have used the virtual server company linode.com before, though I am not being paid by them and receive no benefit from my endorsement.

Let me break it down simply, by price:

At the time of this writing, a basic capable Linode virtual server costs $20/month.  Through my own benchmarking tests, I've found its processor speed to be comparable with a modern medium-priced physical server.

With a physical server you have to pay for:

Let's say at the lowest range, the first year you own a physical server, it would cost you about $2,500 to get everything set up & run it.  By comparison, that same $2,500 would get you 122 months (10 YEARS) of service from a virtual server at $20/mo.  And let's not forget that within 10 years you'd want to upgrade your specs anyway.  And some virtual servers are even cheaper, as low as $10/mo, if your needs aren't as great.

As you can see, a virtual server just makes more sense.